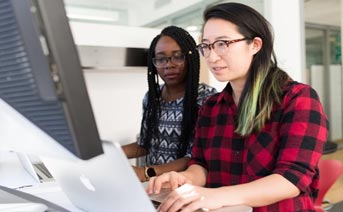 Potatoes! Did You Know?

Did you know that Idaho produces nearly one-third of America’s potatoes? It’s true! Idaho celebrates their production of potatoes in many ways, including the Idaho Potato Drop on New Year’s Eve, the word “potato” on the license plates since 1928, and the state fruit being the huckleberry. Wait, what is the relevance of that? Interestingly, huckleberry tea is good for starch digestion. Coincidence?

Despite Idaho’s deep love and devotion to potatoes, it is nicknamed the “Gem State” due to the fact that over 72 types of gemstones can be found there. Contrary to popular belief, Idaho was not named after a Native American word for neither “the land of many waters,” nor “the beauty of the mountains." It was really just a made up word by a man claiming to have knowledge of the Native American culture. This is another significant part of Idaho’s history, as Idaho was originally home to 5 Native American tribes before it was settled in the 1800’s.

Believe it or not, there is a connection here….

While Idaho is not as famous for its Idaho React JS development as it is it's Idaho potatoes, we are doing the best we can to change that line by line of code.

Boise is the largest city in Idaho, so naturally iBCScorp™ is able to meet with and work with projects in the Boise metropolitan area for React JS projects. iBCScorp™ team members can meet with companies in Boise, Meridian, Nampa, Caldwell, Middleton, Kuna and any other cities in the Treasure Valley.

We even have staff who resides in Boise, Idaho. In fact this content is written partly in Boise.

We can serve any business in Idaho, and would love to meet with you in person if you are in Idaho. In addition to the above, some of the places we frequent are: Idaho Falls, Pocatello, Coeur d’Alene, Twin Falls, Post Falls, Eagle, Lewiston, Rexburg, Kuna, Moscow, Ammon, Jerome, Burley and Buhl, and so on.